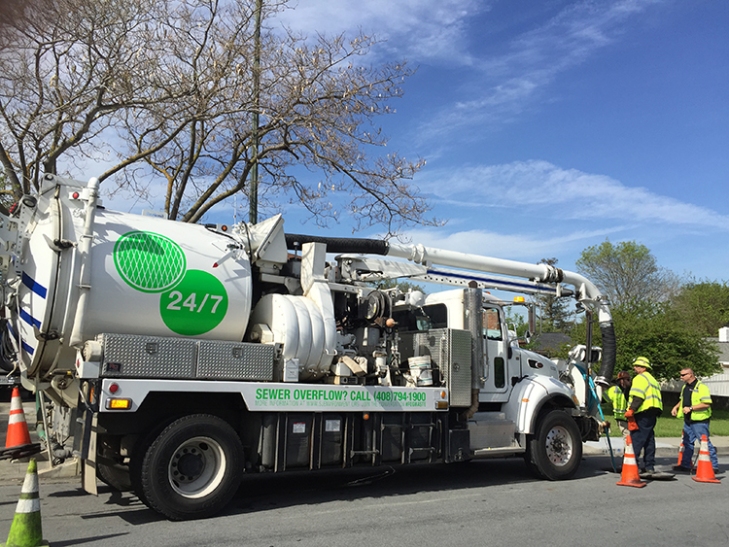 City officials in San Jose, California, have an environmental graphics and public art project they hope will reduce sewer clogs from fats, oils, and grease that residents put down their kitchen sinks—and it only costs $60,000, a tiny fraction of the millions of dollars it would take to update existing infrastructure to handle more cooking waste. The project, called FOG Waste (FOG stands for fats, oils, and grease) was designed by Brett Snyder, an associate professor of design at the University of California, Davis, and Claire Napawan, an associate professor of landscape architecture at UC Davis, who practice together under the name group projects.

When fatty waste is disposed of in a sink or drain, it can solidify and block sewer lines, causing raw sewage to back up into homes, yards, and streets and potentially affect local watersheds. (You might remember the viral footage of the bus-sized ball of fat discovered in a London sewer, dubbed the “fatberg.”) In San Jose, that means raw sewage in San Francisco Bay, causing havoc in local aquatic ecosystems and posing health risks for residents.

The main design challenge for Napawan and Snyder was developing a graphic identity that could educate people on ways to deal with a problem that occurs on a multitude of scales across a dispersed and comprehensive infrastructure network. FOG waste and its related pollution outcomes can flow from individual homes to the sewer system,  the city’s waste treatment plants, and the entire Bay Area ecosystem. “It’s a problem that’s everywhere and nowhere simultaneously,” Napawan says. “There are a lot of moments for potential failure with really broad health and environmental impacts.”

Door hangers and posters inform residents of the risks improperly disposed of fatty wastes can pose to the environment. Image courtesy of group projects.

Napawan and Snyder’s plan has three elements that call residents’ attention to FOG and informs them on how to deal with it. First, door hangers and flashcards explain what FOG is, whom to call in case of sewer overflows, why fatty waste should be placed in the trash instead of the drain, and how the wastewater chain of custody leads from the kitchen sink all the way to the bay. Second, neon-colored manhole covers brand one of the most mundane elements of civic infrastructure in existence, creating a mild sense of mystery. Finally, city sewer maintenance trucks get a matching graphic logo treatment that advertises the number to call for sewage overflows and other slogans (“There’s no such thing as a flushable wipe.”).

All the materials use the same electric neon green color, derived from the maintenance markings sewer service crews use. The materials are all sans serif fonts and flat, minimalist graphics, such as a knife slicing through a stick of butter and bacon dripping with fat, abstracted into street sign-style pictograms.

The duo began working on the project in the fall of 2013, with the help of San Jose’s Department of Transportation, Environmental Services Department, and Office of Cultural Affairs. Its first phase has been installed: door hangers in several pilot neighborhoods, manhole covers, and six city trucks with new branding.

The FOG Waste project is the result of extensive community outreach and public meetings. Napawan and Snyder wanted to connect the health of the local watershed to the basic kitchen practices of residents (especially Latino and Vietnamese immigrant communities), but they wanted to do so on those communities’ terms. “We didn’t want to go to them and say, ‘This is the problem: The problem is sanitary sewer overflows,’” Napawan says. “Instead we talked to them about what their top concerns were.” These issues were primarily about health and nutrition, with particular concern about the quality of fish they serve that are gathered from local creeks and San Francisco Bay, she says.

“So a way to talk abut protecting the watershed and environmental stewardship was to connect what you do in your kitchen [with] the health of the ecosystem that supports the presence of that fish, and is related to how you dispose of your waste,” Napawan says.

So far, it’s been hard to measure the impact of the project on city budgets and maintenance crews’ time spent repairing San Jose’s 12 million feet of sewer lines. It’s only been a bit more than a year since the first phase was installed, and heavy rains and flooding in San Jose have complicated any baseline measurement for wastewater overflows. (Rubin says the city had no specific goals for maintenance reduction for this first year). 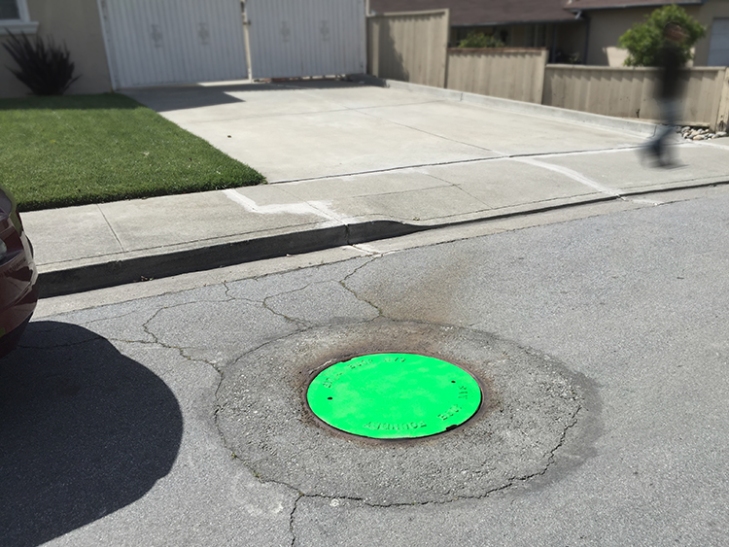 As the project continues, Napawan hopes that it might be a way to coax residents and the city to consider FOG as more than garbage to be carted away. “What if we could rebrand FOG as an alternative resource?” says Napawan. Fatty wastes have the potential to be converted into low-carbon biodiesel, and any system that gathers this material for conversion would have the same scattered and diffused set of collection points as Napawan and Snyder’s waste disposal education plan.

Such a fuel gathering system would likely reach into nearly every home in the city, an intimate civic connection. And Napawan thinks that’s entirely appropriate. With FOG Waste, she draws a link to underexamined domestic spheres that are not studied in the context of the sustainability of massive, omnipresent infrastructural systems, but should be.

“So often when we think about problems such as infrastructure design, transportation design, sanitary sewers—any kind of large-scale infrastructure—we believe the solutions require similar technoscience solutions, building bigger pipes or roads,” Napawan says. “What connecting FOG waste to sewer maintenance meant for me was embracing the other part of my identity, which is not just an academic or a designer, but a woman of color and a mother, someone who’s also at home responsible for the majority of the cooking and the cleaning. It’s going to take more than technoscience to solve these really complex sociospatial problems. We’re going to need a range of solutions, and that includes elevating the significance of the work that’s done predominantly by women, women of color, and immigrants.”